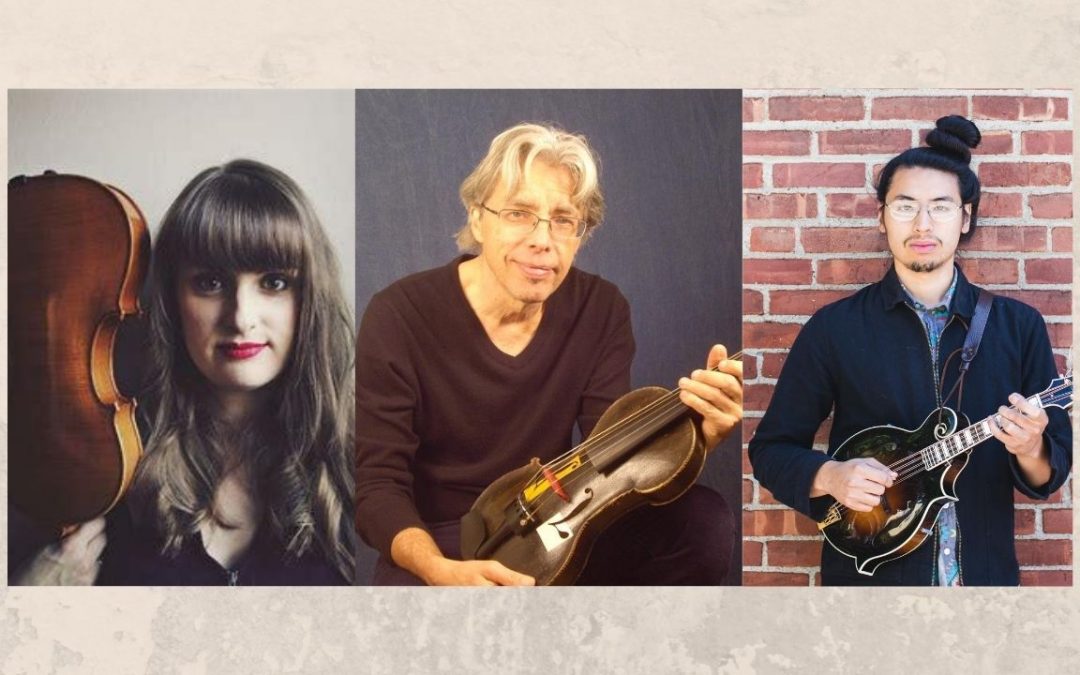 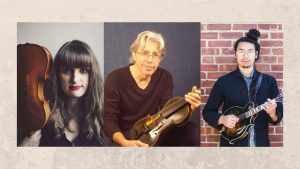 Due to travel-related issues, Ethan, Louise, and Darol will not be playing as scheduled today. Instead, local favorites, The Dawg, will bring their folk rock to the GBCo lawn stage tonight at 6:30. Cheers!

Join us for our free Wednesday Music Series on the lawn, with tunes courtesy of Ethan Setiawan, Louise Bichan, and Darol Anger.  Note: No lawn chairs or blankets please. You must be seated by the greeter to be on the lawn. Cheers!

From their bio: Setiawan has won such accolades as the 2014 National Mandolin Championship, the 2017 RockyGrass Mandolin Championship and has shared the stage with the likes of Julian Lage, Darrell Scott, Bryan Sutton, Mike Marshall, Tony Trischka, Darol Anger, Casey Driessen, the Steel Wheels, Don Stiernberg, Matt Flinner, and Jacob Jolliff.

Bichan has won awards for her compositions and playing, and has traveled far and wide to perform in various line ups since a young age. She has appeared at the likes of the BBC TV’s Hogmanay Live show, Edinburgh Castle, Reading Festival, Cambridge Folk Festival, Lorient Interceltique Festival, Milwaukee Irish Festival and Sligo Live festival. In 2016 she released her first solo album, Out of My Own Light, to great acclaim.”

Fiddler, composer, producer and educator,  Darol Anger is at home in a number of musical genres, some of which he helped to invent. Exceptional among modern fiddlers for his versatility and depth, Anger has helped drive the evolution of the contemporary string band through his involvement with numerous pathbreaking ensembles such as his Republic Of Strings, the Turtle Island String Quartet, the David Grisman Quintet, Montreux, his Duo with Mike Marshall, and others.